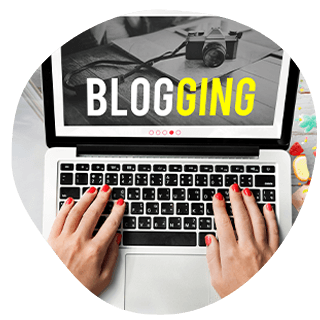 Facebook Inc officially declared a change in its name and is now called Meta. This change is typically to rebrand and initiate an evolution of the entire experience. The decision by Facebook was to widen more growth opportunities.

Post the change, a lot of confusion has been created and more are expected to arise. Facebook and its products are used by over 3 billion people worldwide and are now rebranding themselves.

Here’s what you need to know…

At the Annual Connect conference, CEO Mark Zuckerberg declared that the brand is tightly linked to one product and is thus incapable of representing possibly everything that the company is trying to do and achieve.

He further adds that he hopes the brand to be seen as a metaverse company that will help to anchor their work and let people identify the pillars they are building today for a brighter tomorrow.

At the meet, it was also confirmed that Instagram, Facebook and WhatsApp will continue to keep their names, however, the company that produces and maintains them will be now known as Meta.

The concept is quite similar to Google’s 2015 corporate reconstructing, where the parent company is called Alphabet.

Did you know, even the logo outside the building of Facebook had been replaced by the logo of Meta on October 28th?

But before we dive deeper, let us first understand…

What is a Metaverse?

The name was chosen by CEO Mark Zuckerberg to resonate with the key product that Facebook (now Meta) will be represented by – the metaverse. It is the name chosen for a shared online 3D virtual space that allows a number of interested companies to create a possible future version of the internet.

When announcing the rebranding of Facebook as Meta, Zuckerberg mentioned in his letter that, “In this future, you will be able to teleport instantly as a hologram to be at the office without a commute, at a concert with friends, or in your parent’s living room to catch up.”

However, the idea is supposed to be turned into reality in the future, nothing as of now.

The reason behind doing this

Zuckerberg wanted Meta to be known beyond just being a social media platform. This decision of changing the name was a result of Zuckerberg’s suspicion about owning the operating system of the future.

What should Meta worry about?

With the announcement, there have been several stories and negative speculations surrounding the change in name. There have been stories revolving around the release of the Facebook papers and internal documents that highlighted problems with the company which was secretin out buy whistleblower Francis Haugen. Many have also observed the change in the name just as a strategy of the company to distract the users from this narrative.

However, Tania Bucher, University of Oslo, Norway, the author of the book Facebook states that the strategy behind the change in the name is to launch something entirely new and rebrand or start afresh without altering much within the existing product, and fixing what is necessary.

What if Meta succeeds?

Meta’s attempt to be the only company underpinning the metaverse would create one major issue that would revolve around turning its vision of the future into a reality. In recent months Facebook has been struggling with outages on its key apps that did not allow communication for large parts of the world. Nevertheless, it is expected that if such a thing would actually happen in an all-pervasive VR universe like the metaverse, there can be huge and complicated unbearable consequences.

Being among the leading social media marketing companies in Kolkata we would look into the matter as a part of a big strategy to rebrand the company. We feel that the change in the name is to simply drive the attention of the users, create more opportunities or rather open windows for getting more new users on the platform across the globe and to penetrate the untouched market.

Considering the concept of the metaverse or the VR universe is so utopian and naive, we doubt anybody would be so thrilled to have it in reality.

As per our digital marketing consultant in Kolkata, it is quite an effective strategy to bring a positive wave in the market and to grab the attention of the new users or to be specific the new generation of users and to get them signed up on the platform.

Since the digital era is changing every day, it is important to stay in the headlines. And the rebranding or renaming was done for this sole purpose.

That’s all for now!

In case you too need effective digital marketing strategies for your brand you can get in touch with Webicorp today.

We are one of the leading digital marketing and website development companies in Kolkata that can help you take your brand online and tread the path of success.